A downloadable game for Windows, macOS, and Linux

In 2177, SCIENTISTS made contact with an ALIEN species. But it was soon discovered that these aliens were not benevolent. They brought society to the brink of extinction. Only one man can save the human race. That man's name is CHRIS GUNNARSON. Take control of CG and save the human race.

Use WASD to move around. Press K to jump/submit and L to shoot. Press ESC in a menu to cancel. Press Left Shift to duck. You can duck and shoot at the same time.

For Mac users, unzip the file, then right click on the app, then click open. You'll get a warning about an untrusted executable. That is because this executable is not on the App Store. Click open again. Now the game starts. You only have to do this once, after this you can double click the app icon like you would open other apps.

Good pixel art, everything is in the right place

Really nice game! It has a nice feel to it. The only thing I would had would be a killer sound track like the one in Contra 3 (SNES).

Regarding your game, my team and I were wondering if you would allow us to use it in our Arcade Cabinets. We currently build retro gaming arcade cabinets and take the opportunity to show games like yours in them. Also do you have a website that shows all your content?

Hi @FinalBoss, I'm glad you like the game. You are free to include this in one of your cabinets, as long as you credit me and direct people to this webpage.

I've been very busy with work, apologies for the late reply.

No problem for the delay. I appreciate you taking the time to get back to me. We will definitely credit you and add a link to your website. If ever you want pics of it played on a cabinet let me know.

Btw it needs some fixes:

The continuos nag gun sfx forces to turn off the volume. Fix: just remove it (hearing enemies bullets only is mutch useful!).

Gamepad dead zone seems to be set at 2% (best 40% for XBox models) and buttons are in random position. My suggestion: Y to jump, B to shot, down key to duck. To shot down simply hold fire button and move down.

Can you clarify what you find annoying about the sound effects? I want to fix that.

There is no reason to release the shot button, so all the game audio is "pew pew pew pew". Tnx for the update, classic XBox gamepad tested and works perfectly. But config is still bad for me... the jump is in down position (A), and duck in upper (B), doesn't feel contrariwise? I know you all programmers are influenced by the trend "X to shot and A to jump", but it's simply wrong.. jump should be placed on top position. That error originated from coinops conversions: apparently they had the action button on the left and jump on the right, but not.. as you can see on any cabinate, the jump button is on top! All my games are configured with Y to jump and B to shot, perfectly confortable by covering both them with the entire thumb. Finally I've seen that some games use that solution today.. so the time is good for a fixup! I notice you've added duck+shot, but my suggestion for remove duck button is still suitable: to shoot down, simply hold button and push down from stand position. It can be applied to the jump also: move up to jump, and in the some way hold shot from stand to shoot up. Yes, I love simple controls! :) Another thing to correct is that the char should jump again by touching the ground if button is released and then holded down. EDIT: Done a trick to play with a single button via XPadder... yes! It's too complicate to explain, so here that ready-to-use one: just download http://www.mediafire.com/?lquqo6kijcn0vgn and execute "Alien Invasion Game [Xpadder].bat" (it's configured for XBox gamepads only)... now you can jump moving up, duck moving down (it automatically shoots also, it's aworkaround of a config limitation), and holding X + move it will shoot in all directions. The jump "bug" described above is mutch annoying with that new control method, hope will be fixed! Tnx all and good game! :) 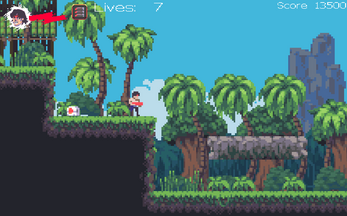 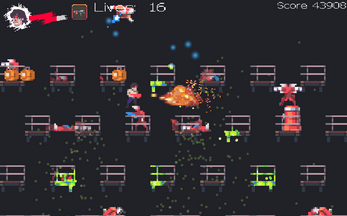 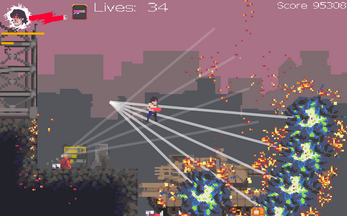 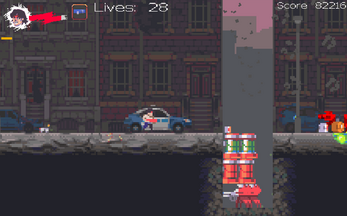 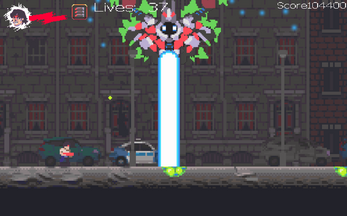 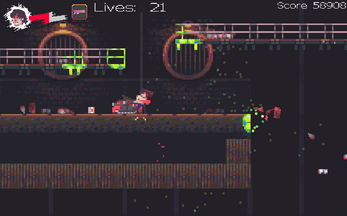